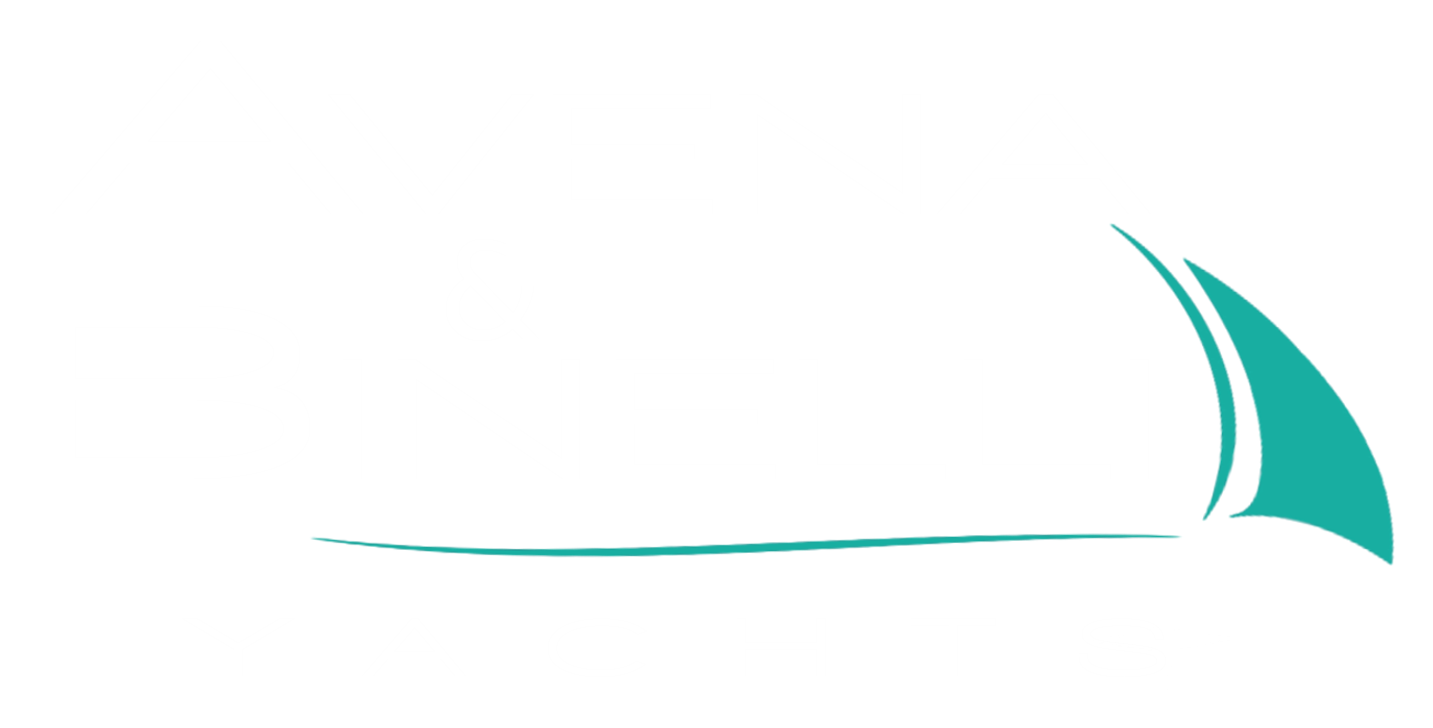 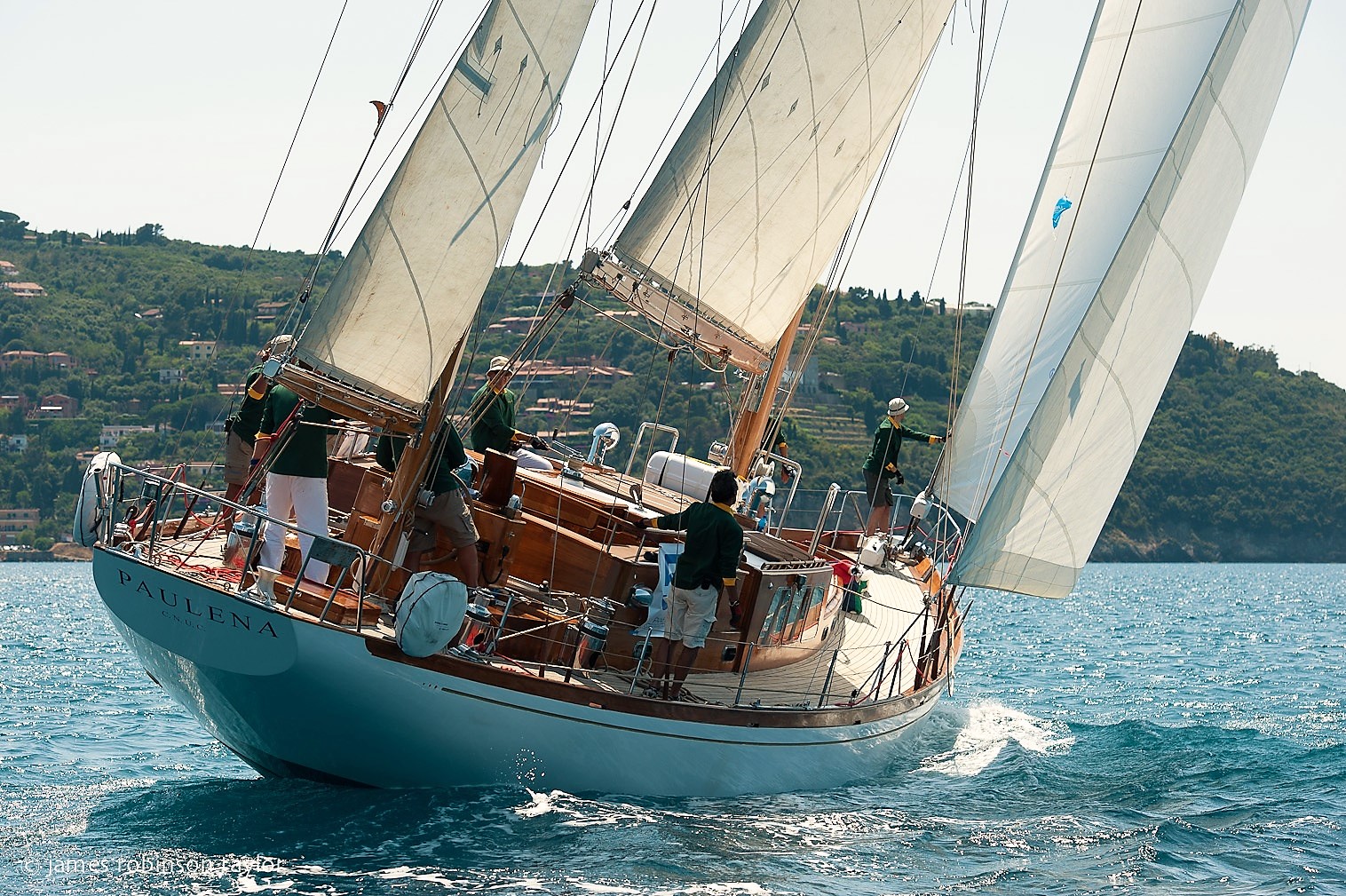 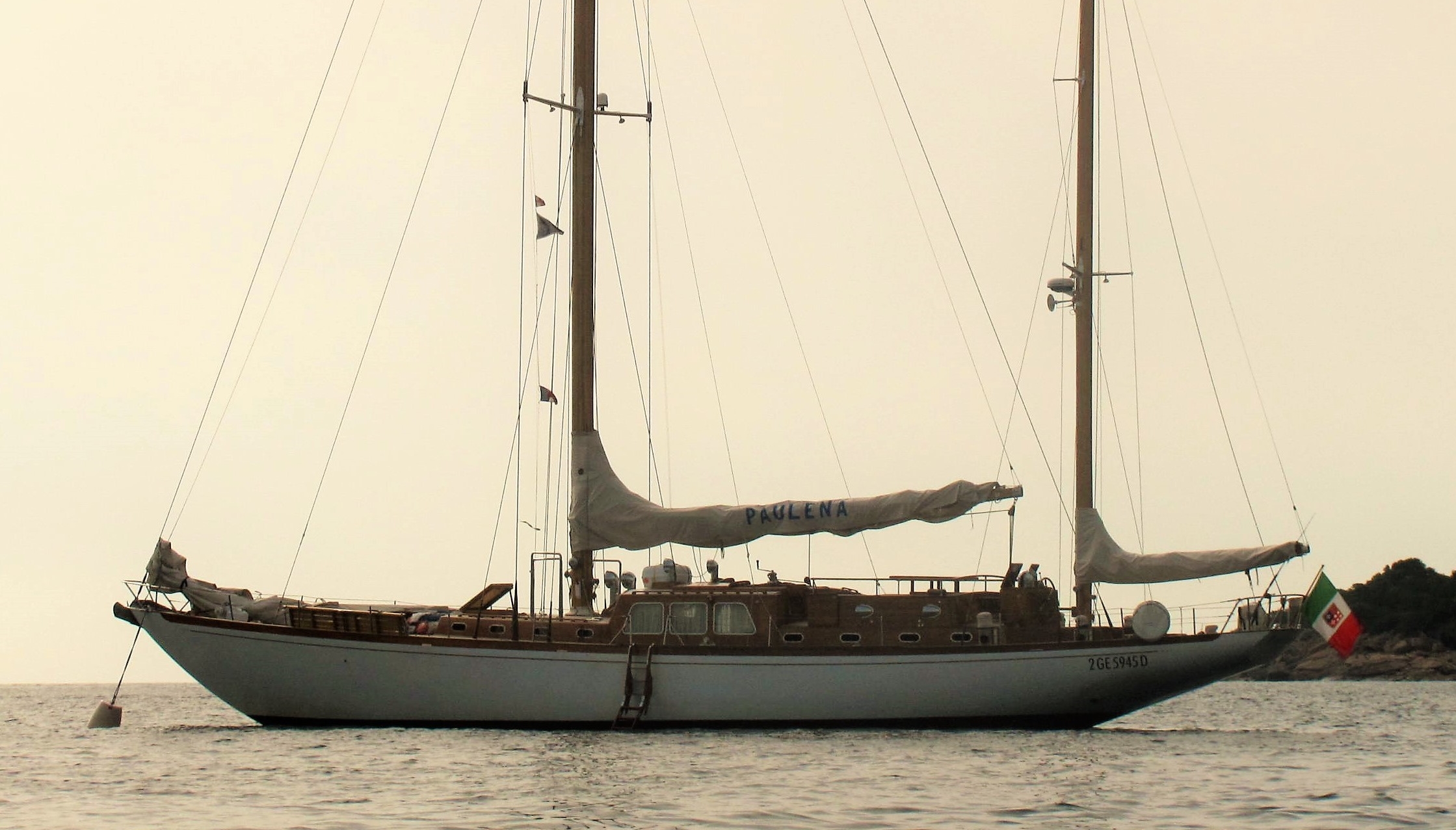 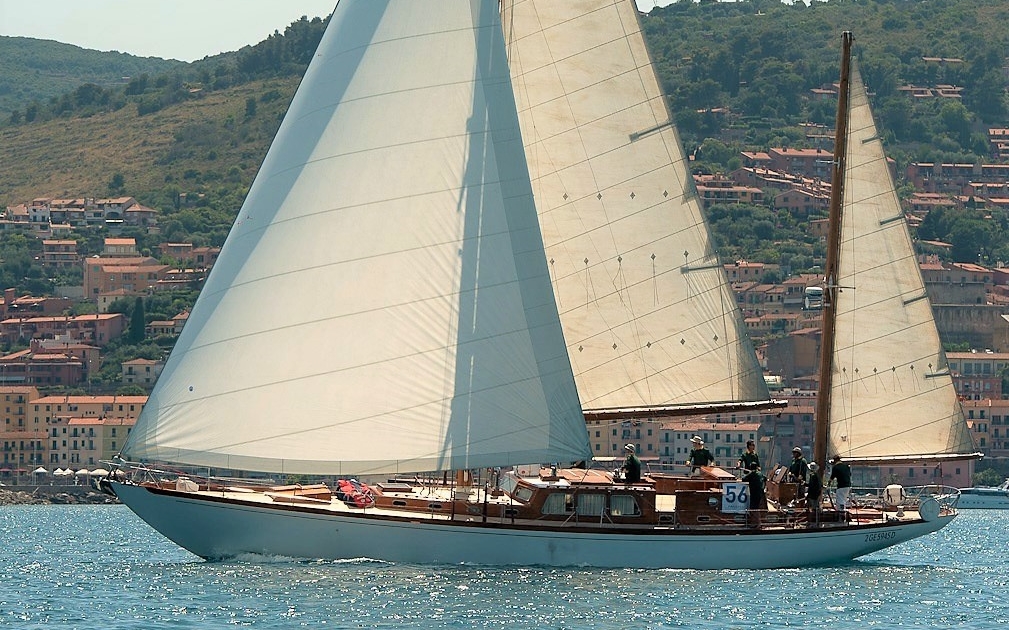 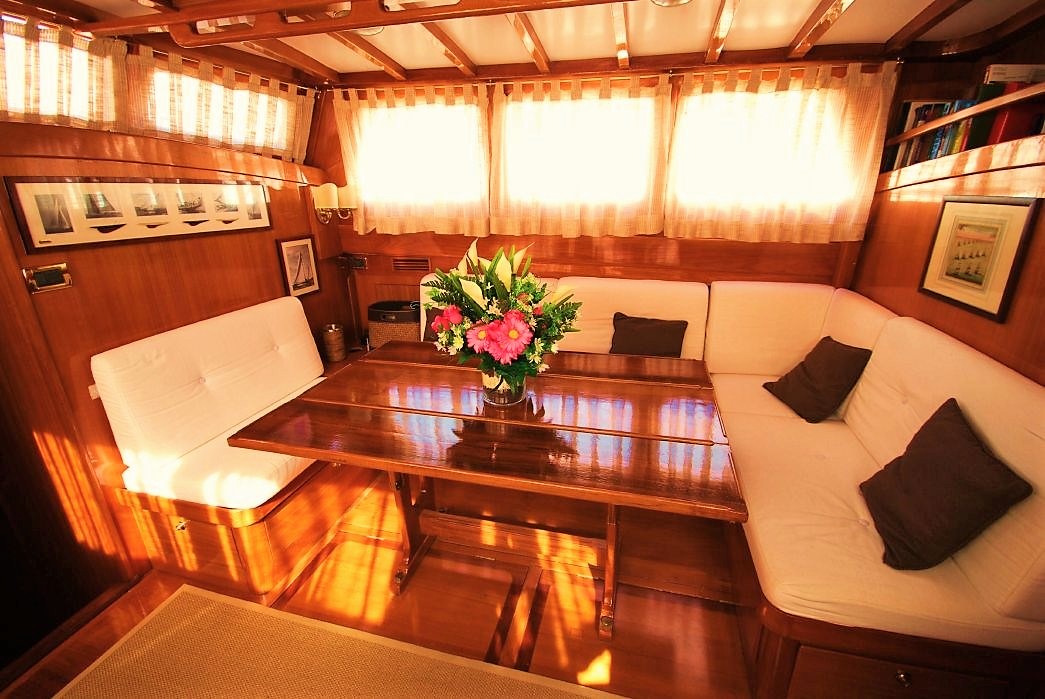 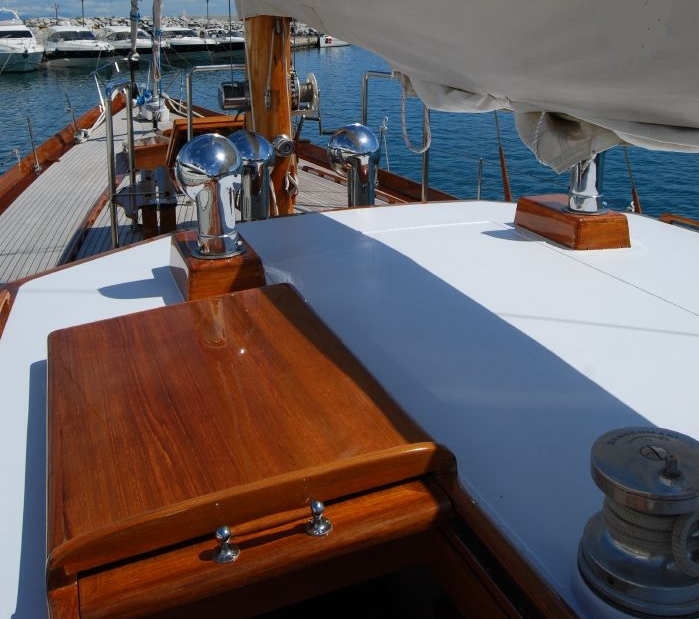 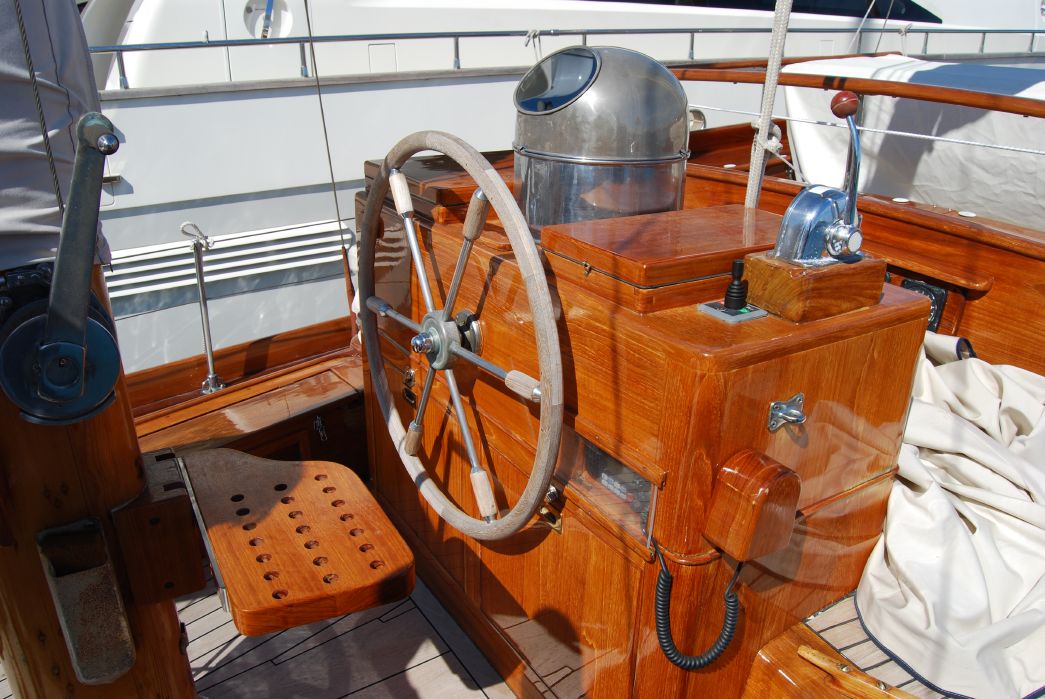 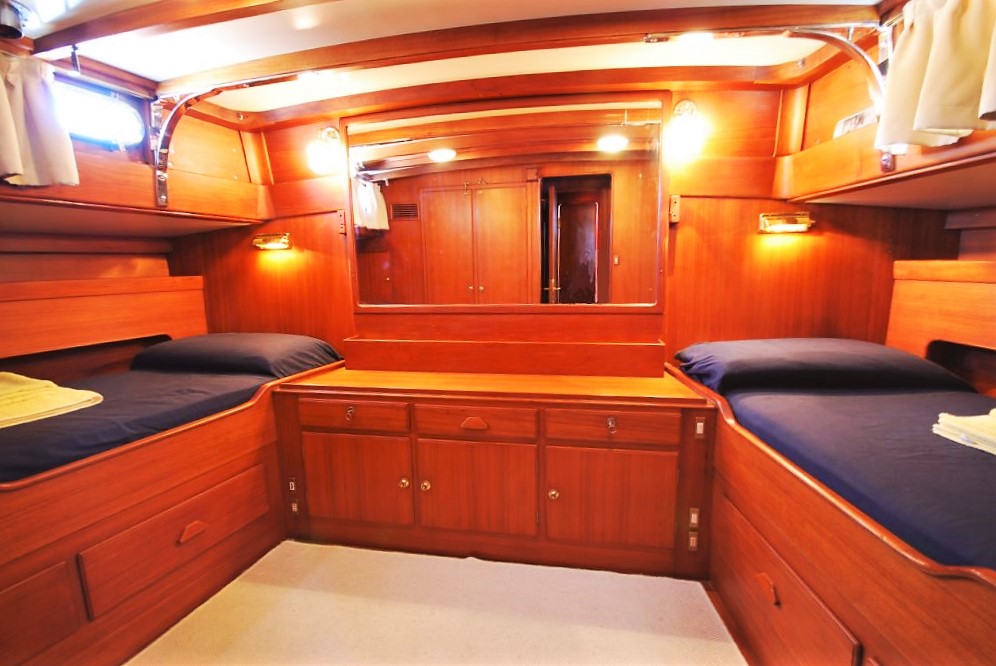 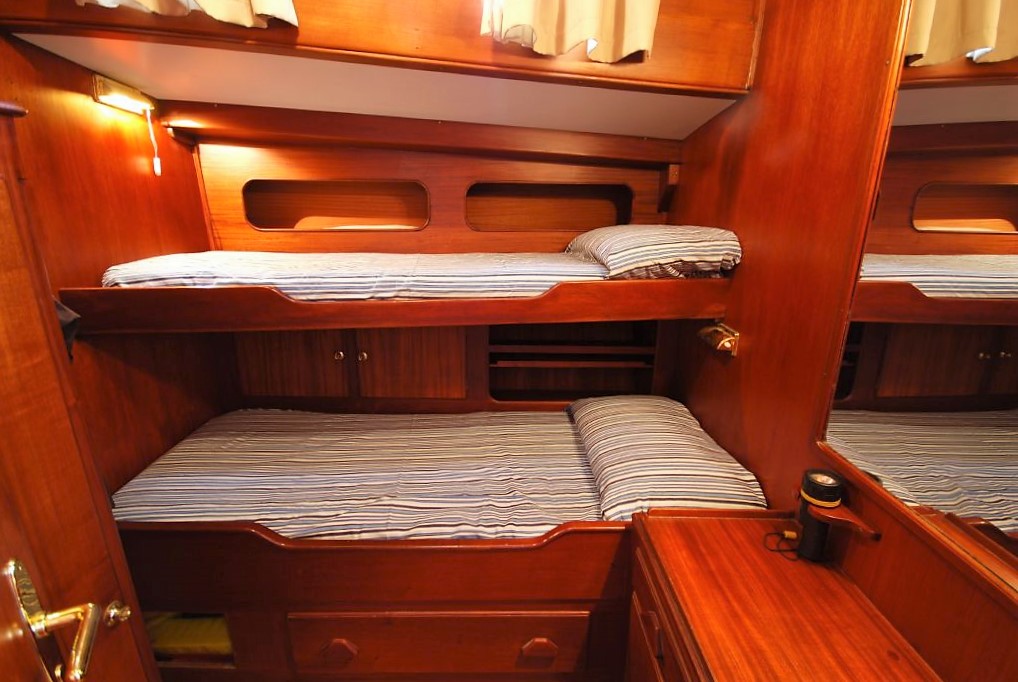 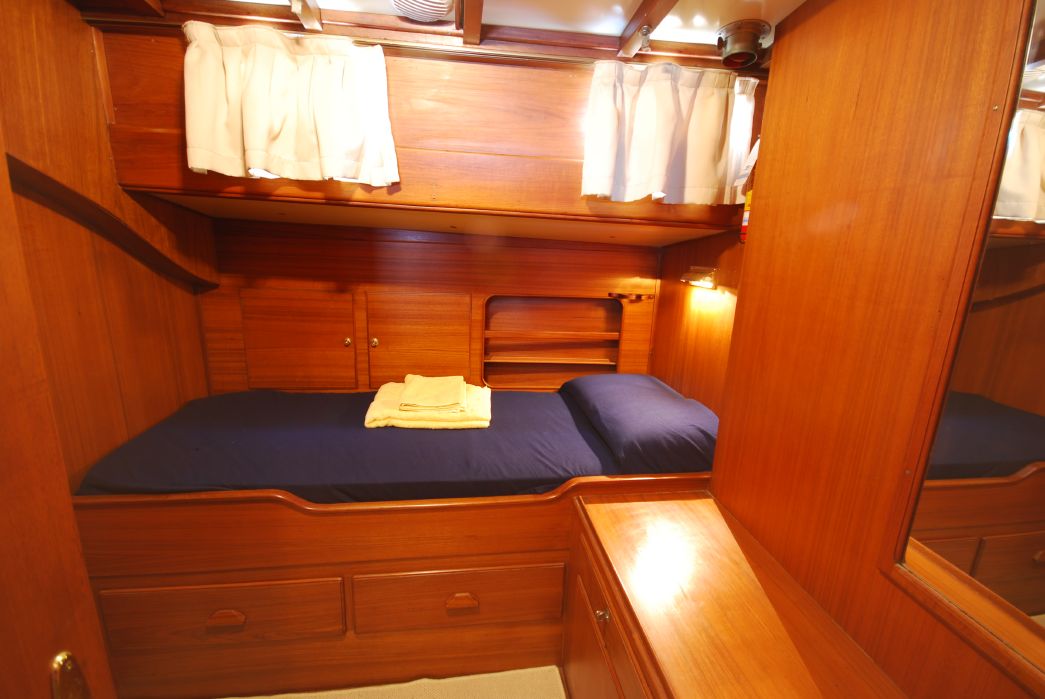 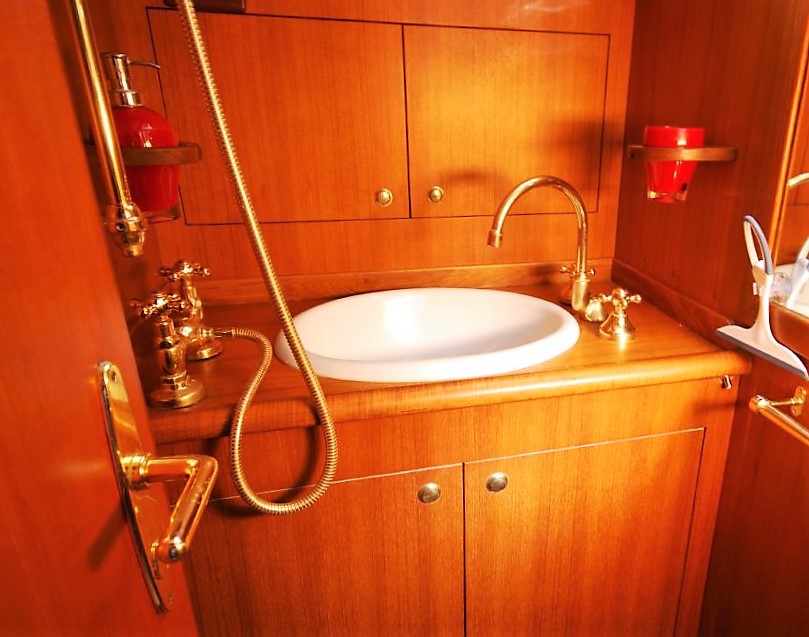 Paulena is a beautiful 23 meter yawl entirely constructed in teak wood. Construction on this magnificent classic began in 1964 at the Sangermani Lavagna shipyard, based on a Cesare Sangermani design.

Paulena was designed to sail the famous regattas Los Angeles to Honolulu Transpac Regatta, and was launched in 1966.Following an illustrious racing career, this majestic classique Marconi class yacht with its magnificent polished timbers was adapted to cruise the blue waters of the Mediterranean. It was during her tenure as a luxury cruise sail boat that she was renamed “Caligo“.

In 2010 the Paulena was bought by a syndicate of three French brothers. The French brothers promptly changed her name back to “Paulena” and began structural works to recover the original design in accordance with the “traits Sangermani” class. This put her back at the forefront of ocean racing.

The resumption of internal lines of origin, new engine (230 hp Yanmar in 2012), recovery of all interior and exterior varnish, new sails, new furling genoa, full recovery of Mature plants and additions of new more powerful winches, catapults the Paulena to a new level of competitiveness and luxury.

Paulena of 2011 has returned to the Classic Regatta Circuit, and is once again the key focal point for challengers in classic sailing of the Mediterranean blue water racing, taking third place in the 2012 Panerai Challenge in his class.

Antibes, Cannes, Imperia, Naples, Gaeta, La Spezia, Ventotene, were the main races for 2012 classic and the flag with colors of the owner family waving on the shore.

The Prix of Elegance Marina Yachting assigned to Paulena during regattas of Gaeta in 2012 was the recognition of the class and elegance of the yacht.

During 2013 Paulena continued the partecipation in Panerai Challenge and now she is considered one of the most important boat in the traditional sail circuit.

A large square outside under awning bimini also designed for 8/10 people, ideal for enjoying the specialties of Captain chef, or take the leisurely aperitif shade.

Other yachts that you should not miss 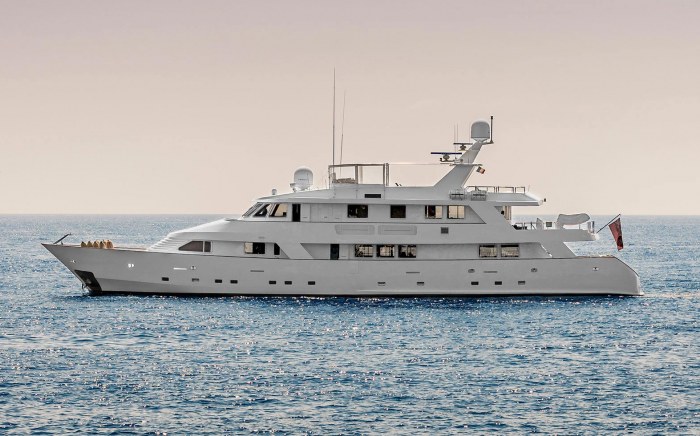 Get Ready! We will be social soon :-)

This site uses functional cookies and external scripts to improve your experience.

This site uses functional cookies and external scripts to improve your experience. Which cookies and scripts are used and how they impact your visit is specified on the left.

You may change your settings at any time. Your choices will not impact your visit.

These cookies are used to track user interaction and detect potential problems.

They help us to improve our services by providing analytical data on how users use this site.

These cookies allow you to save time by increasing the overall speed of the site and improving your browsing experience.